Meet the Oaks and Acorn Staff  (left to right) 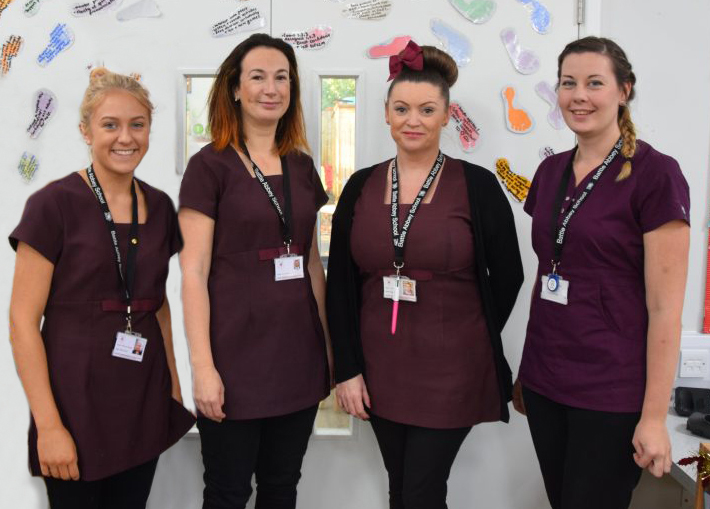 Shannon Hughes
I was born in Sidcup, Kent and moved to East Sussex when I was five. I joined Battle Abbey Prep school in Year 5 and stayed up until Year 11. I then continued my education at Bexhill College where I returned to Battle Abbey Nursery as a student whilst learning my level three childcare. I was subsequently lucky enough to be offered a position full time in the nursery.  It’s been fantatsic to be able to continue what I love to do.

Hannah Goldsmith
I qualified at Bexhill College in 1998 gaining my NNEB. Since then I have worked in a variety of Nurseries and schools. In 2007 I joined the Battle Abbey Family after looking for a nurturing and friendly Nursery for my eldest daughter. I now have two children at Battle Abbey School. During my spare time I love to travel with my family, go on country walks with my Labrador and bake cakes with my children at home.

Chloe Field
I was born and raised in Bexhill and I am married with two sons, who both attend Battle Abbey School. Originally I trained as a beautician and was a manager at Virgin for over ten years. After becoming a parent and realising the importance of the Early Years Foundation Stage I gained my Level 2 qualification and I’m currently working towards my Level 3. I have worked at Battle Abbey Nursery since 2016.

Jennifer Shepherd
I was born and raised in Germany and finished my Early Years training there in 2016. I then moved to Canada for 2 years and worked as an Au Pair before moving to England in August 2018. That’s when I started working for Battle Abbey Nursery, first in the baby room and now as room leader for the Acorns. I have worked at the Senior school in 2011 where I first experienced the family-oriented atmosphere and now I am happy to be part of it again at the nursery. When I am not at the nursery I like to travel the world, read and work on my art skills.

Amy Lee (not pictured)
I am the deputy manager and the room leader for the pre-school Oaks room. I joined the Battle Abbey Family in 2008 where I have worked in both the younger ‘Acorns’ room and I’m currently with the 3-4 year olds. What I love most about my job is being fortunate enough to watch the children develop, grow and flourish from Nursery age all the way through to 6th Form at the Senior School. In my spare time I enjoy walking, catching up with friends and family as well as volunteering for local charities. 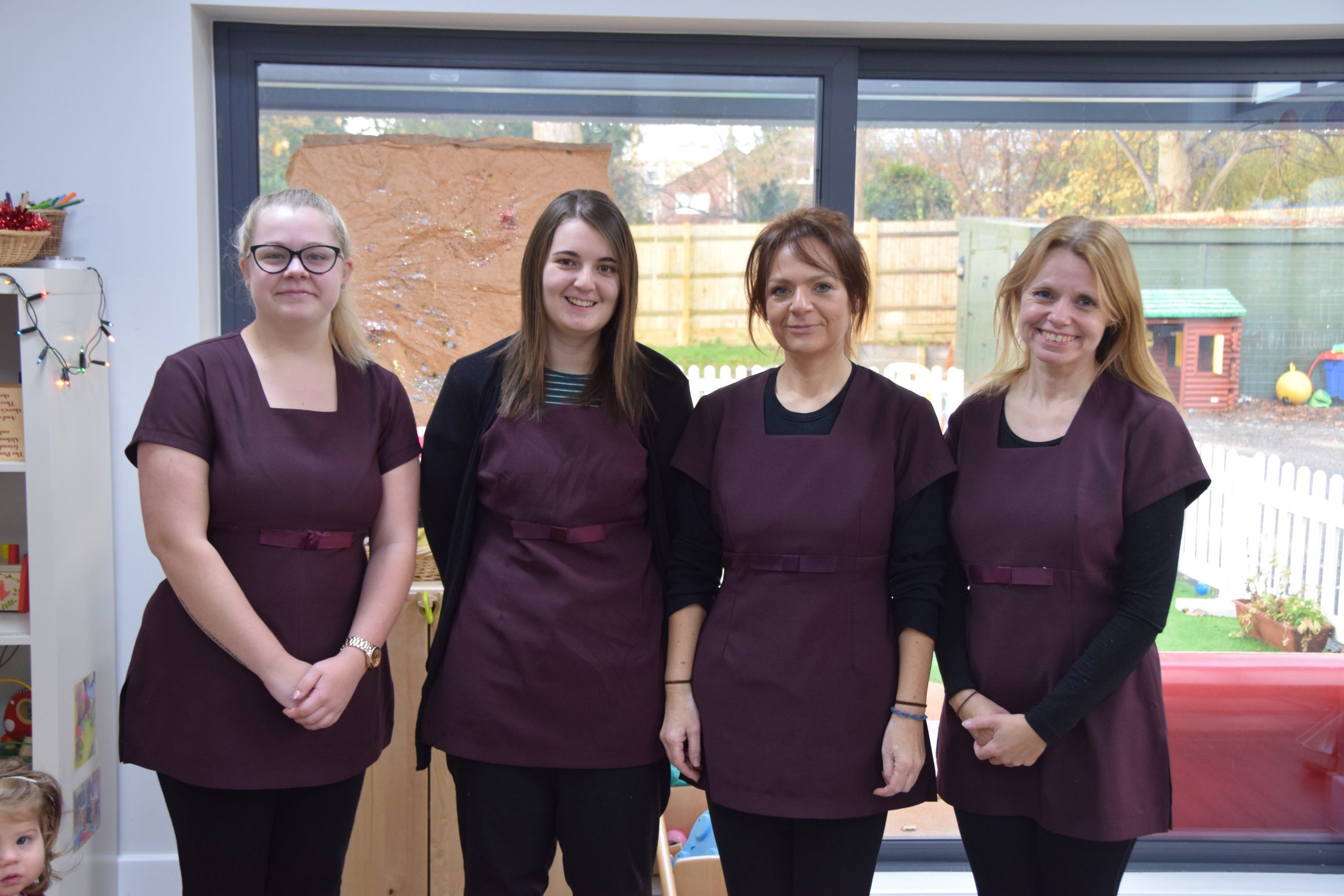 Leila Dawes
I live in Bexhill and attended local schools in the area before deciding to work in Early Years Education. I have always had an interest in working with children and decided to study Childcare at Bexhill College. As part of my qualification I completed many placement hours at Battle Abbey Nursery, having loved it so much I applied for a job as soon as one became available. When I qualified in 2019 I was offered a permanent position.

Leanne Dixon
I was born in Eastbourne and apart from attending  University have largely stayed in the area. I was a practitioner at St Mary’s Nursery in Battle but after working out that I wanted to pursue this career permanently I left to continue my studies at Uni in Canterbury. I subsequently returned to Hastings where I was Senior Practitioner, leading the Baby Room, at another established local setting. At a time when so many providers are shutting down it’s great to be part of a Nursery that really seems to be thriving. We’ve got a waiting list for some age groups now and its easy to see why. Now I work in a purpose built facility I realise how difficult it was working in the big converted Victorian Nurseries that seem to house most local settings. It’s lovely to feel part of something here. It genuinely feels like a big family!

Kate Wootten
After School and College I attended Buckinghamshire University and gained a degree in Business Administration subsequently becoming a training officer for an insurance company. I soon realised I wanted a career working with children so I changed career direction working in the baby room at a local Nursery. I gained my NVQ3 in childcare. Iworked there for five years and then joined Children’s Services to work with looked after children. In 2010 I took time out from working to raise my two children. In 2013 my children started at Battle Abbey Nursery. That’s when I got to know the team and thought they were fantastic! I joined the Nursery team in April 2016 as a practitioner and my children started at the Prep School soon after. In my spare time I enjoy swimming, going to the Gym and seeing live bands.

Rachel Weston
I have been working with children and young people for the past twenty-eight years. I qualified in 1997 with Early Years Childcare and Development. I then took some time out to bring up my own children. As my children started playgroup I had the chance to help run the toddler group and then in 2005 I joined the staff team at the playgroup. I have been in Early Years ever since and have a variety of experience with additional needs. In October 2018, I joined Battle Abbey Nursery and I am currently enjoying working with the babies in the Little Squirrels room.